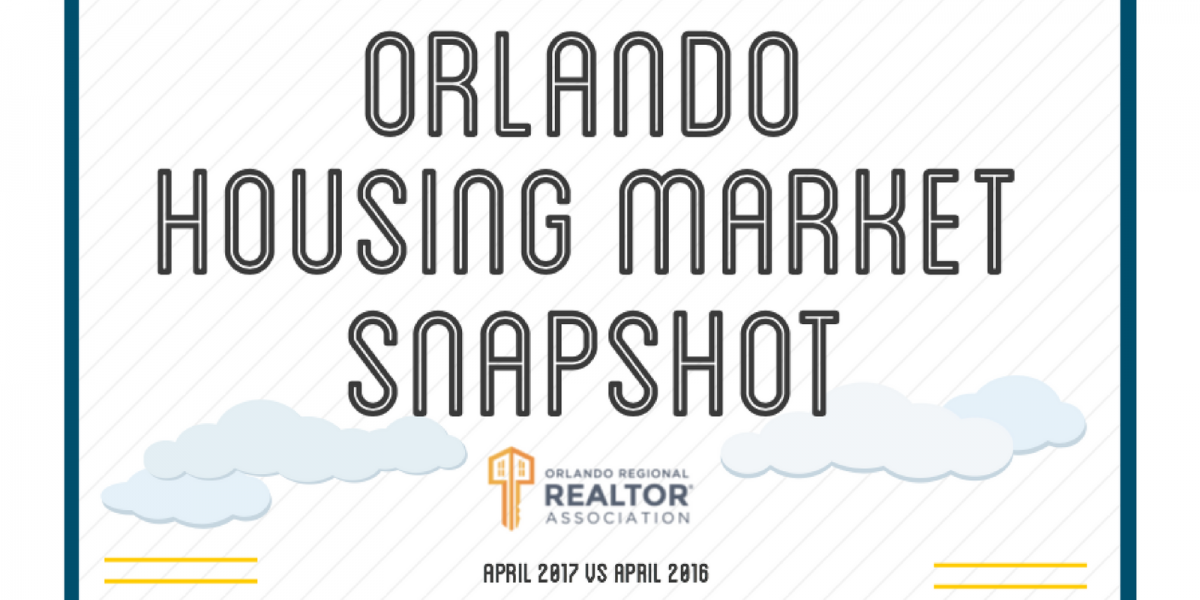 “Despite the decline in sales compared to last month — March experienced record-setting increase that REALTORS® anecdotally attribute to market-savvy buyers seeking to get a jump on the traditional spring/summer homebuying season — conditions remain favorable to sellers,” says Orlando Regional REALTOR® Association President Bruce Elliott, Regal R.E. Professionals LLC. “We’re seeing buyers compete for homes with tactics such as above-price offers, cash for sellers’ closing costs, and minimal contingencies, particularly for properties within the highly desired under-$300,000 price range. At the higher price points, buyers are more likely to both find a suitable property and successfully negotiate a price reduction.”

Sales of distressed homes (foreclosures and short sales) reached only 247 in April and is 56.5 percent less than in April 2016. Distressed sales made up 8.1 percent of all Orlando-area transactions last month.

The average interest rate paid by Orlando homebuyers in April was 4.11 percent, down from 4.29 percent the month prior.

The overall inventory of homes that were available for purchase in April (8,675) represents a decrease of 17.0 percent when compared to April 2016. There were 16.5 percent fewer single family homes and 20.6 percent fewer condos.

Current inventory combined with the current pace of sales created a 2.83-month supply of homes in Orlando for April. There was a 3.29-month supply in April 2016 and a 2.46-month supply last month.

Sales of existing homes within the entire Orlando MSA (Lake, Orange, Osceola, and Seminole counties) in April are down by 2.9 percent when compared to April of 2016. Year to date, MSA sales are up 4.5 percent