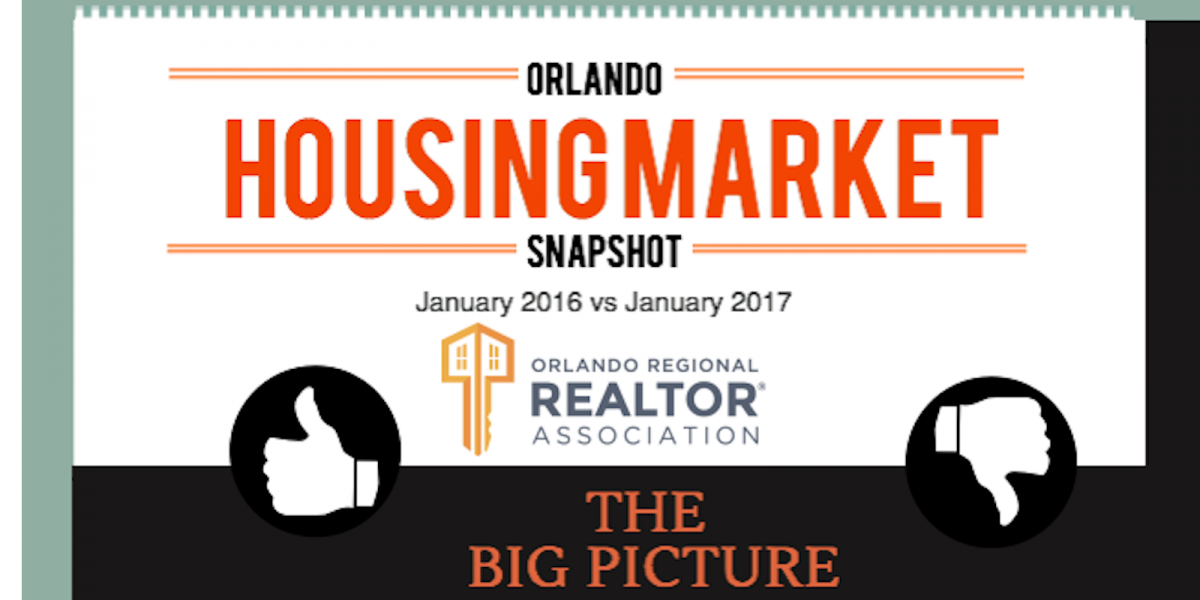 The Orlando housing market experienced increases in both median price and sales in January, while the pool of homes available for purchase shrank by 21 percent in comparison to January of last year.

“We traditionally experience a big drop in sales between December and January after the rush to close for tax purposes,” says Orlando Regional REALTOR® Association President Bruce Elliott, Regal R.E. Professionals LLC. “REALTORS® expect sales to pick up in the coming months as the start of the spring-summer selling season takes hold. The pending sales tally for January, which is an indicator of future transactions, jumped by 15 percent over the last 30 days and supports an upcoming increase in sales.”

Sales of distressed homes (foreclosures and short sales) reached only 243 in January and is 54.3 percent less than in January 2016. Distressed sales made up 11.1 percent of all Orlando-area transactions last month.

The average interest rate paid by Orlando homebuyers in January was 4.30 percent, down from 4.32 percent the month prior.

The overall inventory of homes available that were for purchase in January represents a decrease of 20.7 percent when compared to January 2016. There were 21.5 percent fewer single family homes and 19.3 percent fewer condos.

Current inventory combined with the current pace of sales created a 3.90-month supply of homes in Orlando for January. There was a 5.02-month supply in January 2016 and a 2.87-month supply last month.

Sales of existing homes within the entire Orlando MSA (Lake, Orange, Osceola, and Seminole counties) in January are up by 4.1 percent when compared to January of 2016.