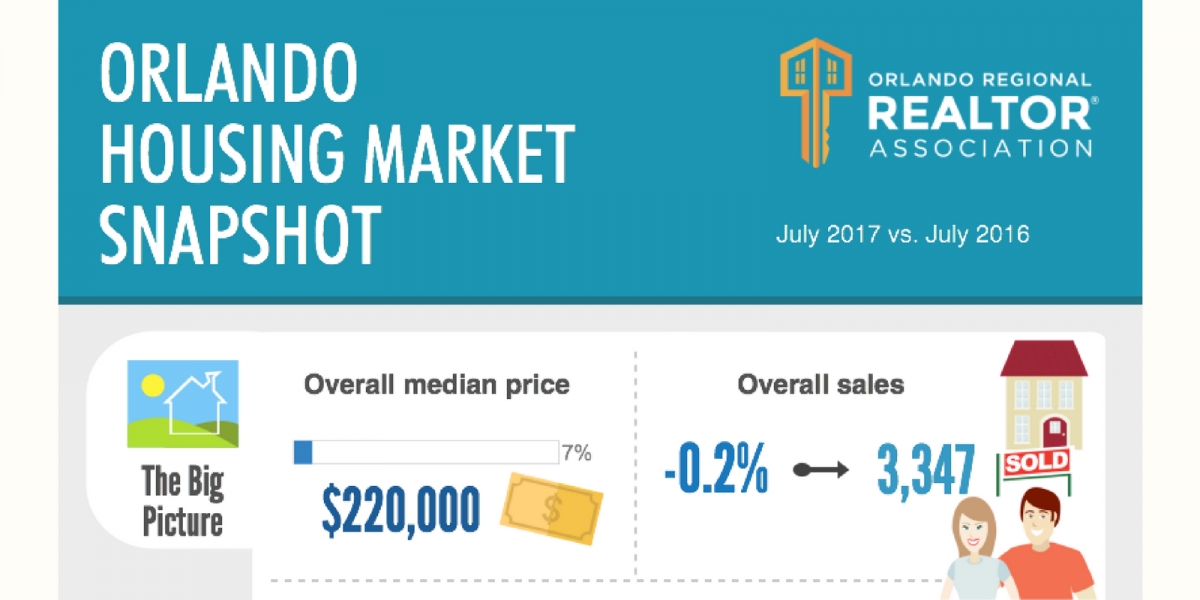 ORRA President Bruce Elliott, Regal R.E. Professionals LLC, explains that demand for homes is strong, but the supply of homes, especially those under $250,000, remains low.

“Would-be first-time homebuyers are being kept on the sidelines by limited inventory and rising prices,” says Elliott. “However, rising prices have slowed some of the investor activity, which could mean slightly less competition for homes at the lower end of the market.”

Sales of distressed homes (foreclosures and short sales) reached only 202 in July and is 46.0 percent less than in July 2016. Distressed sales made up 6.0 percent of all Orlando-area transactions last month.

The average interest rate paid by Orlando homebuyers in July was 4.01 percent, up from 3.98 percent the month prior.

The overall inventory of homes that were available for purchase in July (9,051) represents a decrease of 15.0 percent when compared to July 2016, and a 1.0 percent decrease compared to last month. There were 13.3 percent fewer single family homes and 25.5 percent fewer condos.

Current inventory combined with the current pace of sales created a 2.7-month supply of homes in Orlando for July. There was a 3.2-month supply in July 2016 and a 2.4-month supply last month.

Sales of existing homes within the entire Orlando MSA (Lake, Orange, Osceola, and Seminole counties) in July were down by 0.1 percent when compared to July of 2016. Year to date, MSA sales are up 5.2 percent