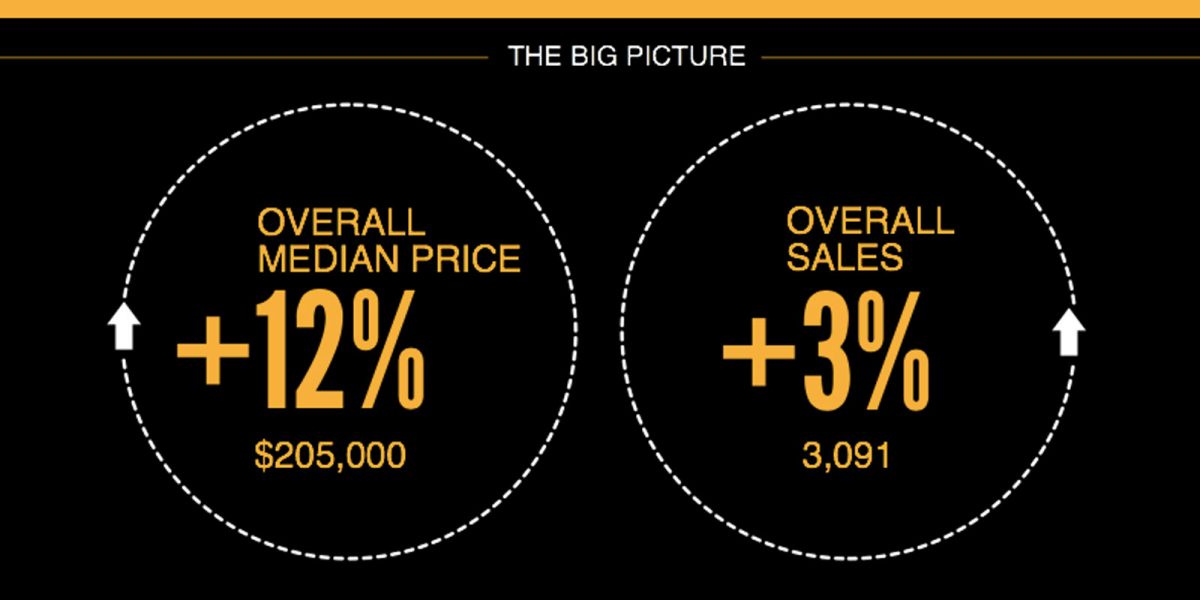 The median price of Orlando homes rose 12 percent year-over-year in September, while sales increased by 3 percent. The supply of homes available for purchase in the Orlando area slid downward by 10 percent.

“Orlando area inventory currently rests at 10,362 homes, which is both the lowest point this year and the lowest level since March of 2014,” says Orlando Regional REALTOR® Association President John Lazenby, Colony Realty Group, Inc. “Housing inventory in Orlando has declined year-over-year for 15 straight months, which is driving values upward and causing prospective buyers to either waver at the steeper home prices or become disheartened by the competition for the low number of available affordable listings.”

“However, a glimmer of hope lies in the increase of “normal” sales that entered the inventory in September as new listings,” continues Lazenby. “While new listings of foreclosures and short sales are plummeting as these sales types disappear from the market, new listings of “normal” sales are up more than 16 percent. REALTORS® are encouraged to see that more traditional homeowners are realizing it is an opportune time to sell and are putting their properties on the market.

The Orlando median home price has now experienced year-over-year increases for the past 62 consecutive months; as of September the median price is 77.49 percent higher than it was in July 2011.

Homes of all types spent an average of 60 days on the market before coming under contract in September 2016, and the average home sold for 97.06 percent of its listing price. In September 2015 those numbers were 67 days and 96.96 percent, respectively.

The number of existing homes (all types combined) that were available for purchase in September is 10.15 percent below that of September 2015 and now rests at 10,362. Inventory decreased by 1.36 percent (143 homes in number) compared to last month.

Current inventory combined with the current pace of sales created a 3.35-month supply of homes in Orlando for September. There was a 3.83-month supply in September 2015 and a 3.04-month supply last month.

Buyers who earn the reported median income of $57,380 can qualify to purchase one of 4,357 homes in Orange and Seminole counties currently listed in the local multiple listing service for $331,570 or less.

First-time homebuyer affordability in September decreased to 115.02 from last month’s 115.49 percent. First-time buyers who earn the reported median income of 39,018 can qualify to purchase one of the 2,067 homes in Orange and Seminole counties currently listed in the local multiple listing service for $200,416 or less.

Each individual county’s monthly sales comparisons are as follows: